Coffee has been around for centuries. If we were to plot it’s reputation for health effects, it would be a rather undulating graph. In this post we will tease apart the current research about coffee and it’s effect on our health. 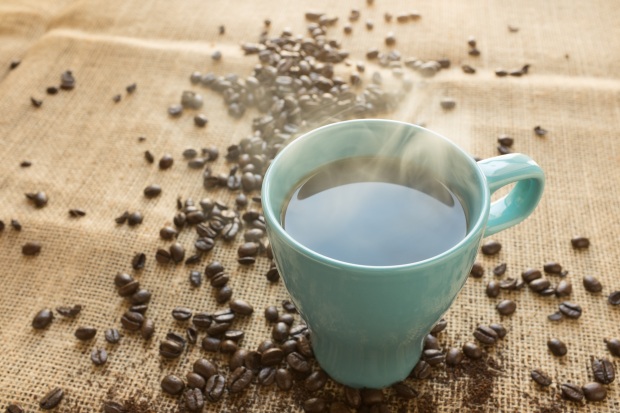 Most of the effect that coffee has on us is through the action of caffeine. Biologically, caffeine is a stimulant which increases wakefulness, decreases fatigue and boosts the basal metabolic rate. It also causes increased heart rate, high blood pressure and jitteriness. But coffee contains more than just caffeine- polyphenols, monoamine oxidase inhibitors, theophylline…phew!

Time to wake up and smell the coffee.

Let us analyse the effects of coffee on different aspects of our health:

We just learnt that caffeine increases heart rate and blood pressure. How can something that causes high blood pressure be good for the heart? Caffeine causes a temporary rise in blood pressure, if consumed in controlled amounts in pure form. However, when it is consumed in the form of coffee, rise in blood pressure is not very significant. Also,  coffee beans contain antioxidants, which prevent low-density lipoprotein (LDL) or Bad cholesterol from being oxidized- and oxidized LDL causes damage to arteries. Moderate coffee intake (1-3 cups/day) is associated with a lower risk for coronary heart disease. People with  certain heart rhythm disorders or arrhythmia- namely Premature Atrial Contraction (PAC) or Premature Ventricular Contractions (PVC) are told to avoid drinking coffee. This was also falsified in a 2015 study.

Summary: 1-3 cups of Coffee is not just OK, it’s actually good for your heart

There are several large studies from various countries that looked at the effect of coffee on the brain- not on its activity but on stroke. Because stroke is caused, most often, by blockage in arteries, the studies had similar findings like the ones looking at heart disease. A 2011 study saw 17% reduction in risk for stroke with moderate coffee consumption, another one from Japan, noted a 20% decrease in risk in 2013. Aside from stroke, recent studies have also shown coffee to reduce the progression of dementia and Parkinson’s disease

Summary: Moderate coffee consumption is protective towards stroke and neurodegeneration.

This is a hard one. The effects of caffeine on fertility and pregnancy are perhaps the most controversial.  Studies on effect of lifestyle choices on fertility are difficult to design simply because there are just way too many choices that can show effects! A study in 2016, which, in my review, seems to have addressed many confounding factors, concluded that drinking more than 2 caffeinated drinks a day increased risk of miscarriage.  No link has been found between caffeine and male fertility. No consistent findings have emerged on the effects on female fertility, but studies that showed ill-effects, only say it at levels on 200 mg or more per day of caffeine- about 2 cups.

Summary: it might be helpful to avoid coffee if you are or trying to get pregnant. However, if it is hard to give up, 1-2 cups a day if probably OK

The effect of caffeine on bone health is also a matter of considerable confusion. We know that drinking Cola can cause decreased bone density, most likely due to the presence of phosphoric acid. However, this effect is not consistent. There is evidence that drinking other carbonated drinks does not affect bone health and that the effect of cola is seen in post menopausal women only. However, even for post menopausal women, coffee consumption did not affect bone health.

Summary: For reasons hitherto unclear, consumption of cola is not good for your bones, especially if you are a post menopausal woman. It is far more important to not smoke, get exercise and take a calcium supplement than avoiding coffee to delay osteoporosis.

Coffee may decrease your risk for depression in both women and men. On the other hand, anxiety and insomnia may worsen with coffee intake

Summary: Avoid coffee if you suffer from anxiety or insomnia

There is much evidence to say that regular coffee drinking improves glucose metabolism, insulin secretion, and a significantly reduces risk for diabetes. In 2015, long-term study  suggested that coffee drinkers are about half as likely to develop type 2 diabetes as are those who don’t drink coffee, even after accounting for smoking, high blood pressure, and family history of diabetes. This study also concluded that it was probably coffee’s anti-inflammatory properties that bring the magic- those antioxidants again!

Summary: Drink 2 cups of coffee to decrease risk of diabetes

Coffee is metabolized by the liver and it seems that is a good thing! Studies have shown that coffee consumption slows disease progression in patients with non-alcoholic fatty liver disease.

Summary: Drinking coffee is good for the liver, but that does not mean it will counter the effect of alcohol

Studies have seen decrease in risk for colorectal and endometrial cancer. There is conflicting evidence for breast cancer, prostate cancer and lung cancer.

Summary: Drinking coffee is probably not going to change your risk for cancer

So, the bottom line is that drinking 1-3 cups of coffee a day is OK and, barring a few situations (anxiety, insomnia) it is actually good for you. Should you drink it with full fat or low-fat milk? How about sugar versus artificial sweetener? Now those are topics for another day!

2 thoughts on “Spilling the Beans: Is Coffee Good or Bad?”